Taiwan’s Renewable Energy Development Act was first announced in 2009. In May of 2019, the largest-scale of amendment was concluded with a target of 20% power supply (27GW) with renewable energy in 2025 which mainly includes 20GW solar energy, 5.5GW offshore wind.

Taiwan is an island state measured the total land area around 36,000 km2 and 1,566 km of coastline in East Asia. One third of island is composed of flat plaints in the west and another two thirds are rugged forest-covered mountains in the east.

70% of the island’s geographic formation are mountains up to 4 km tall. Providing perfect conditions for energy storage by using hydro power. Moreover, we can find hot springs at various locations, which is assumed to be a high potential source for geothermal power.

The biggest advantage is the fact that 16 of the world’s best wind corridors are located in the Formosa (Taiwan) Strait combined with relative low water depth. Therefore, perfect conditions for a fixed offshore wind structure to harvest wind energy.

The island has the nickname “treasure island” due to the fact that the Kuroshio currents passes relatively close by the east coastline providing one of the world’s most stable and reliable source for tidal power.

In all waters around the island, we can find a significant wave height providing perfect conditions for wave power.

All combined together, the island of Ilha Formosa (meaning beautiful island) provides a powerhouse for the renewable energy sector to be the world leader for a self-sustaining industrial green island. 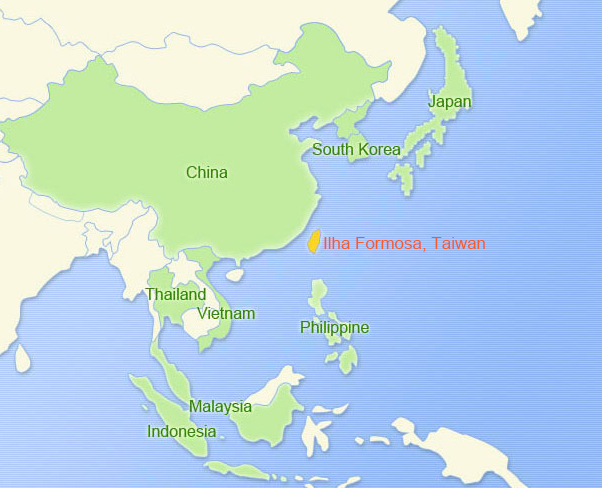